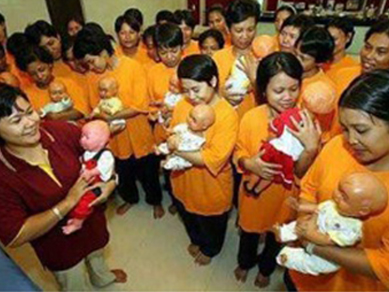 PUTRAJAYA: About 1,000 maids from Cambodia are expected to be available every month once the Memorandum of Understanding (MoU) between Malaysia and Cambodia on the matter is signed. The MoU, which is being finalised by both governments, would see the lifting of the ban on Cambodians to be employed as maids in Malaysia.

The ban was imposed by the Cambodian government in October 2011 following reports of abuse by employers.  Home Minister Datuk Seri Dr Ahmad Zahid Hamidi said the MoU would be signed in the next few months, with training for the maids being the major item. “We have in principle agreed that those to be sent as maids will undergo comprehensive training on language, cultural and working ethic. The training will be conducted in Cambodia and this is important as we want to avoid any untoward incident,” he said after receiving a courtesy call from Minister in the Cambodian Prime Minister’s De­­partment Oknha Othman Hassan here yesterday.

Dr Ahmad Zahid said the hiring of the Cambodian maids would be on the Government-to-Government arrangement. He said there were about 30,000 Cambodian maids in the country before the ban was imposed. Each maid was paid a minimum salary of RM600 per month.

Oknha Othman, meanwhile, confirmed that they have received the draft of the MoU.  “We are studying it and I cannot tell for sure when it will be signed.”